March of Dimes Research Grants – When you are conducting a research, it is often that funding is one of the biggest concerns. There are several ways to fund your research, and one of the best solutions is through grants. As you know, grants are basically free money that you can use without having the obligation to repay them.

The March of Dimes was first initiated by one of the US presidents, Franklin D. Roosevelt. From the first time it was founded back in 1938, the March of Dimes invests a large number of money for research in the medical field, and they are doing it until today. This foundation now focuses on investing researches that are related to infant mortality, birth defects, and premature birth prevention.

There are several types of grants available this year, including:

Basil O’Connor Starter Scholar Research Awards – This is a special grant aimed for young scientists who are planning to start their independent research. Of course, the research or project should be related to the mission of the March of Dimes (infant mortality, birth defects, and premature birth).

Prematurity Research Initiative – This grant provides financial assistance for researches and projects that are related to the causes of prematurity.

In general, the most grants are awarded in the term of three years, with no fixed set amount of grant money. The average grant available from the MOD General Research Grant is $100,000, while the average grant money for Basil O’Connor Research Awards Grant is at $150,000; and the Prematurity Research Initiative Grant provides around $145,000 in average.

To qualify, you need to submit your application prior to April 30 (General Research Grant), March 15 (Basil O’Connor Starter Scholar Research Awards), and April 15 (Prematurity Research Initiative Grant). You need to prove that you came from a non-profit institution such as a university, research institution, or hospital. Another important thing to note is that the grants are available even for non-US people.

As we have mentioned earlier, the March of Dimes has a long history and now they are focusing on the three missions mentioned above. However, apparently, there have been some controversies about this foundation which even lead to a boycott from some people that started in 1970 until today.

Note that the boycott is on the donation part of the foundation. The March of Dimes grants is in general considered to be okay. However, some pro-life scientists refuse to apply for the grant for the same reason as the donation boycott.

If you are okay with the boycott, then you should apply for the March of Dimes Research Grants. 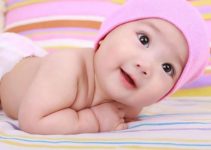