Breast Milk Donation – During the 20th century, many parents simply chose to give cow milk to substitute the real maternal milk. It was considered as a common option, thinking that the cow milk is just as good. Some even believed that cow milk is better than maternal milk, especially since many essentials vitamin and minerals are added to these commercial milk products.

However, it was confirmed that the benefits of breastfeeding far exceed those products, and the government has been encouraging mothers everywhere to breastfeed their infants. As you may have known and heard, exclusive breastfeeding is highly recommended for the first six months, and it should stay on the infant’s menu until they are two years old. 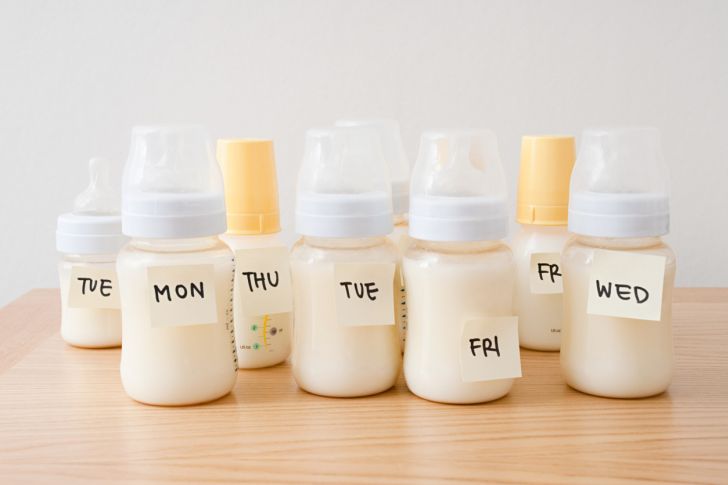 Now the question is: what if the maternal milk is inadequate? Well, don’t immediately opt for the commercial milk product, because there’s still another great option to try: breast milk donor. This is a great way to provide human milk, which is essential for the development and cure of ill and premature infants.

However, informal sharing of milk does have its risks. There are many viruses and some bacteria that can transfer through human milk. The nursing mother might have something that she doesn’t realize and it may potentially hurt the baby. This is possible because there are some infections caused by bacteria or virus that comes without any symptoms. Under this concern, the informal milk sharing is not recommended, even if you do it with your friend or neighbor. Doctors also don’t recommend sharing milk between families, except in an emergency situation where the infant is not expected to live. The purpose of this kind of breast milk sharing is to reduce the suffering and discomfort for the infant.

To overcome this matter, the milk banks in the United States and Canada have standardized procedure before they can accept one’s maternal milk donation. There are two steps of protection applied, which includes the thorough health screening for the mother, and also pasteurization process for the breast milk before they distribute the milk to those in need.

Mothers with the excess amount of maternal milk are also encouraged to donate their breast milk, because there are many mothers whose child is premature or ill desperately need it. Trust me, your breast milk can mean the difference between life and death for someone’s baby. Breast milk donation can save a baby from starving to death, curing a chronically ill infant, etc.

Where can I find Human Milk Bank in my area?

There should be plenty of states that already have human milk bank. After all, the concept of human milk bank is not new because it was initially started in Boston, 1911. The women help provides breast milk for hospitalized infants in that area while they are periodically screened to avoid unwanted diseases. After a few decades, the American Academy of Pediatrics provides a guideline for the operation of the milk banks back in 1943. For the sake of better standardization and safety, the Human Milk Banking Association of North America (HMBANA) was founded in 1985.

Can I Get the Milk for Free?

Technically, you get the milk for free. However, please do remember that these nonprofits are spending some money too to ensure the safety of the breast milk. The cost related to collecting, storing, handling, and shipping the milk is called the processing fee. This fee is typically charged per ounce, which average to $2.5. This is a similar method found in blood donation.

However, the milk banks clearly state that they can still give the breast milk donation for completely free of charge for families who are extremely poor and unable to pay for the milk. Just make sure that you provide all the necessary documents.

A breast milk bank is a very busy place. The staffs working there are often overworked since there are not many volunteers that are willing to help. This may cause good people who want to donate their breast milk have to have a little patience, because it is often that the staff are simply overwhelmed with the jobs and they have to postpone the reply to your message. But overall, the donation process is pretty simple just as we’ve explained above. The examination is usually performed only once in a while, so there’s a possibility that the milk bank can pick up the breast milk at your home. Please consult your nearest bank milk for more information, because each of them might have a slight different procedure and protocol for donated breast milk.