Doctors Without Borders or Medecins Sans Frontieres (MSF) is a French medical and humanitarian non-profit organization. They are well known for running relief programs in conflict zones as well as in countries affected by endemic diseases. More than 35,000 of their personnel are active in 70 countries. Their personnel consists of doctors, nurses, other medical experts, logistics experts, engineers, and administrators, some of whom are local people.

Doctors Without Borders receives 90% of the organization’s funding from private donors. Their annual budget is about US$1.63 billion.

Are doctors without borders a good charity to donate to among other medical charities? Charity Navigator, one of the organizations that evaluate charities, gave it a score of 92.25. Doctors Without Borders gets a 4-star rating from that score.

To answer the question is Doctors Without Borders a good charity to donate to, there are various angles that you can see. That is by looking at their goals and mission, the impact they have on victims. Or, you need to look at their ratings from reviews of charities rating organizations.

About Doctors Without Borders

Doctors Without Borders was founded in 1971. The goal is to reduce suffering, save lives and provide medical care. They have 24 national offices working with aid in 70 countries.

Their main focus is providing medical care for victims. Apart from humanitarian programs, they are also involved in long-term medical projects to deal with cholera, HIV/AIDS, and measles. MSF has provided outpatient consultations, facilitated emergency rooms, performed major surgeries, assisted births, treated cases of malaria, cholera, and meningitis. MSF’s focus in 2019 is on the Democratic Republic of the Congo, South Sudan, and Yemen to respond to the measles and Ebola outbreaks and assist refugees from civil wars.

The Impact and Results of Doctors Without Borders

As of 2019, MSF has administered more than one million measles vaccines and assisted more than fifty thousand people to receive HIV treatment. MSF also provides tuberculosis treatment. They have given food to children with severe malnutrition and it is recorded that they have helped 76,400 children.

Because MSF is a non-profit organization, they strive to be neutral. Doctors Without Borders strives to cross national boundaries and not be bound by race, religion, or political affiliation. As a nonprofit organization, they limit the amount of funding from the government to give donations, so that political, economic, or religious factors do not influence them in their decision-making process.

In the Democratic Republic of the Congo, MSF is dealing with measles and Ebola outbreaks. They also support survivors of sexual violence and also provide education on HIV/AIDS prevention. Other programs they do in those three countries are outpatient consultations, malaria treatment, and also offer mental health consultations.

In South Sudan, MSF supported refugees displaced by the civil war until a peace agreement was reached in February 2020. They also assisted refugees during the massive floods in October 2019. Until the year 2019, MSF has provided outpatient consultations to 1,120,900 people, provided treatment for 292,100 malaria cases, and provided hospital care for 60,500 people.

While in Yemen, MSF assisted victims of the Civil War and worked in 12 hospitals around the country. They provided funding and support for another 20 health centers. MSF had provided 308,900 outpatient consultations, had done 27,100 surgeries, and had treated 75,800 people in hospitals in Yemen.

From the impact and results of their work, we can certainly say that MSF is a charity with a big impact. Are Doctors Without Borders a good charity in making a big impact? We can say so.

One of the tools we can use to make judgments about making donations to a nonprofit organization is to look at reviews from charity assessment organizations, one of which is Charity Navigator.

Charity Navigator provides a rating based on the organization’s financial statements, accountability, and transparency. They gave it a score of 92.25 with a 4-star rating. So, donors can feel confident to make their donation to MSF as one of the best international nonprofit organizations in medical aid.

From Charity Navigator’s assessment, MSF has not transferred assets over the past two years other than for the organization’s official purposes. Independent accountants also conduct financial audits to provide important information about financial accountability and accuracy. To know more about the evaluation of Doctors Without Borders, you can visit the website of Charity Navigator to learn more about their financial health.

So, ‘is Doctors Without Borders a good charity to donate to based on the evaluation from Charity Navigator? We can be sure that these organizations are transparent about their money and how they usually spend the donations. This indicator explains that they are also in charitable organizations that have effectively used funds to carry out their medical assistance programs.

While we can give you an idea of ??how Doctors Without Borders works, the decision to give to MSF is up to you. Giving donations can also depend on how we decide whether everything about the organization is in line with our opinion. By looking at information and researching an organization before donating, we can know more about them. When we feel confident about the charitable organization that we will donate to. We can be more involved in the organization. 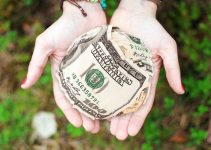 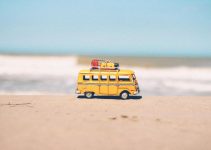 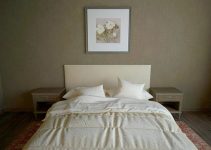